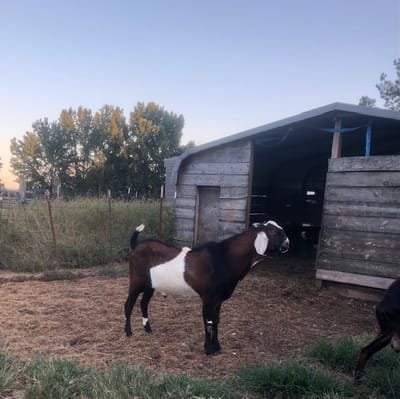 I love the general appearance on this buck and the consistancy
of general appearance that we see on his kids so far, still waiting
for milking udders. He also has a nice temperment and is very
easy to handle.
He was shown as a yearling buck and placed 2 times 1st, and 2
times 2nd